Starting your own business with no money might be quite a scary task. However, it also means that you become a boss. The best online business to start with no money is one that is built on your passion. Here, we are going to share some stories of entrepreneurs from Australia who became recognized all over the world. Also, you will find a few helpful tips on how to start a business in Australia.

#1 Decide What You Want To Deal With

It is absolutely possible to start a business with no money in any country of the world including  Australia but you still need to be aware of some pitfalls.

First, decide what you are going to deal with, for example, selling goods or providing services. If you are into art, fashion, childcare, education, you still can make a fortune on your passion by creating a for-profit organization.

Some entrepreneurs don’t take into consideration the type of audience they are looking for. This is especially important when they are trying to launch an advertising campaign. When thinking about how to start an online business with no money, try to decide on such details as the age of the client, his income level, location, interests which are crucial in defining your target market.

#2 Choose the Structure of Your Business

The next thing you need to do is to decide what structure of your business is the most appropriate one. It may affect your level of control, taxes you will need to pay, different kinds of requirements to fulfill in the workplace and so on.

The most common structures of the businesses in Australia include:

#3 Choose the Type of Your Business

Starting a business with no money still implies going through some formal procedures like registering your startup. Once, you made your choice on the nuances mentioned above, you are ready to register your business. To complete this task, simply apply for an Australian Business Number (ABN) without which it is not possible to start a business in Australia legally.

It is highly important to choose a name for your business before you choose a domain, create a website URL, logo and launch an online page. This is necessary to avoid a mess with managing multiple websites, databases, preparing documents and other nuances.

Top 3 Histories of No Money Success in Australia

Born in 1964, Eleanor Nancy Macpherson (Gow) is an Australian born model, actress and businesswoman. Macpherson is the daughter of entrepreneur and nurse. Macpherson is not her real surname which she received from her stepfather. She built her career from scratch starting as a model.

Before entering the University of Sydney where Macpherson studied law for one year, the future businesswoman signed up with Click Model Management. It was a model school in New York City where actually her modeling career began. Being hugely popular in Australia, a young model managed to become a founder of a range of successful business ventures that made her a multimillionaire.

According to Forbes, Macpherson is heard to possess assets of about £60 million. Elle Macpherson applied her business skills to launch a few business ventures. They include Intimates, a lingerie line, and “The Body”, a line of skincare products. Elle Macpherson is also a famous actress, best known for her roles in The Mirror Has Two Faces (1996), Batman & Robin (1997), The Edge (1997), South Kensington (2001), five episodes of Friends. In 2010, Macpherson became the host and executive producer of Britain & Ireland’s Next Top Model. She also hosted an episode of Saturday Night Live and NBC’s Fashion Star.

Macpherson appeared on the covers of numerous magazines, walked the runways and appeared in advertising campaigns for the top world-recognized brands like Louis Vuitton, Ralph Lauren, Christian Dior, Calvin Klein, and others. 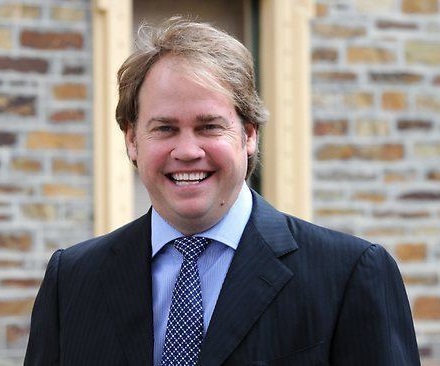 Born in 1966, Edmund Stuart “Eddy” Groves is an Australian businessman who founded a world-known ABC Learning company. He has built a successful career starting from nothing and changing different industries. ABC Learning became one of the world’s biggest for-profit childcare providers. During the years of his career, Eddy Groves was even declared bankrupt but it didn’t stop him from carrying on.

Eddy Groves was born to a family of a soldier and a schoolteacher who arrived in Australia by 1970. After studying business at university for a few years, he decided to leave it to start his own business venture. He started working as a clerk at the bank. After, he worked as a milkman for Paul’s Milk in Brisbane. 19-years old boy took a personal loan to buy a distributorship and established the Quantum Food Services company. Eddy managed to make his company the biggest provider of milk in Queensland.

Groves with his wife Le Neve opened a childcare center as they thought that childcare service was much more important than milk distribution. ABC Learning company was run as a franchise model which made it succeed very quickly. This venture made Eddy Groves one of Australia’s richest people in Australia, according to Business Review Weekly.

A huge success changed for an expected failure because of the fall in the share price by 40 percent. In the end, Groves sold all the shares because banks called regarding the price fall. The problem was that Groves borrowed from the banks against the value of the shares. ABC Learning was estimated to owe the banks around A$1 billion. In 2013, Groves was declared bankrupt but today he is heard to restore his reputation.

Born in Australia, Dr. Robert “Bob” Frederick Clifford is an Australian businessman who gained huge success thanks to the building his Incat catamarans. Bob Frederick Clifford managed to expand the production of his wave-piercing catamaran ferries to the point they were sold all over the world. His most recognized clients include the US military and many European ferry operators.

During his early years, an Australian entrepreneur was fishing. He decided to turn this passion into a fast-growing business. The most interesting thing is that Bob Clifford started his business in his backyard before his Incat company became one of the world-known producers of high-speed catamarans.

The businessman has received many prestigious awards for designing ships. Clifford’s idea of fast commuter ferries became gained success very quickly. Designed on the basis of high-tech technologies, Incat catamarans proved to be one of the best industrial success stories in the history of Australia. By the way, if you need some money to invest in your newly established company, you can apply for the best business loans.

I hope you find these tips on how to start a business with no money in Australia helpful. And histories of success will inspire you to start.